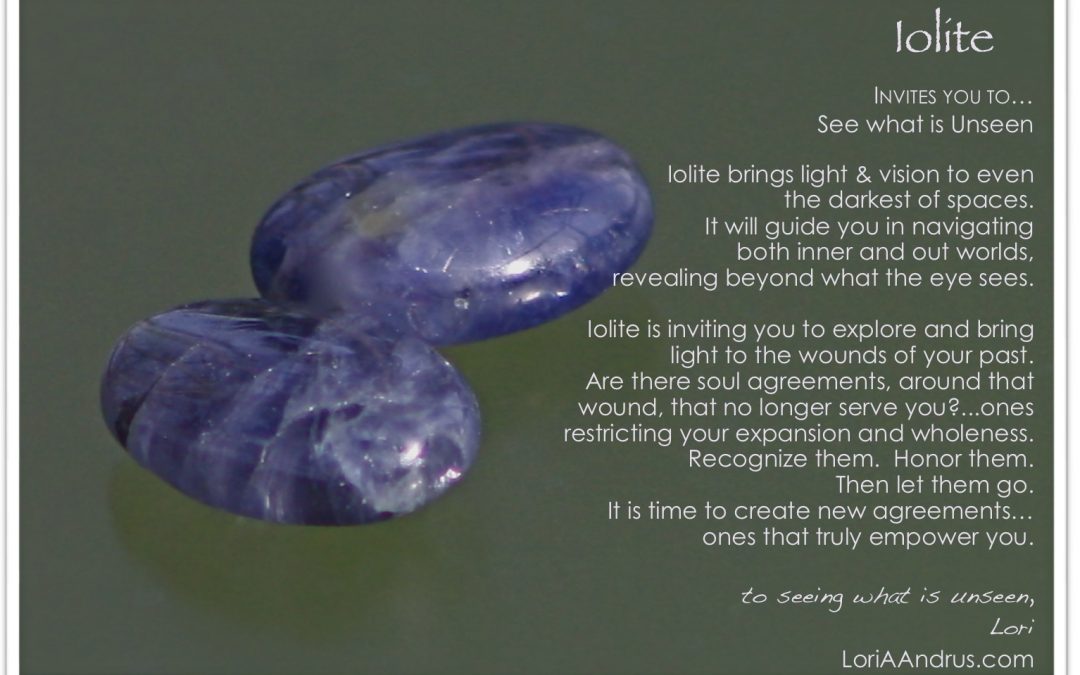 The very first gem show I went to was in my hometown.  It was just a little show held at a local museum, but I was excited!  There was so much to see, to touch, to hold, to learn.

I walked into this event knowing very little about stones as this was the very beginning of my gemstone and jewelry journey.  I knew few stones by name and even fewer by energy.  I knew I was diving into new territory and I was excited.

As I made my way from table to table I found myself particularly attracted to a deep violet blue stone labeled Iolite.  It was beautiful.  I stopped to hold it and found myself lingering by this table.  I wasn’t sure why.  I looked at other stones and started talking with the lady at the booth.  She seemed to know a lot about stones so I began asking questions.  She didn’t seem to mind them, so I just kept asking.  I was amazed…not only did she remember the names of the stones but she was able to tell me the stones energetic story as well.  At this time, the idea of remembering such information seemed so foreign.

I asked her how she knew so much about the stones…almost expecting her to tell me she had taken a training somewhere and if that was the case I wanted to know where…but she simply replied that she’s been working with them for years, is always surrounded by them, and after a while she just remembered.

I remember thinking how distant I felt from being able to do that…and I wondered if I ever would.  There are so many stones, I didn’t know where to begin.  But I guess that with her help, I did begin on that very day…I began with the stone Iolite.  I will never forget how she answered me when I asked her about Iolite.  I remember partly because this was the only piece of information she remembered about Iolite and partly because her answer was so unexpected.

She told me that Iolite is a stone that was used by sea captains for navigation while crossing large bodies of water such as the Atlantic.  This was just fascinating to me, so I did a little more digging and discovered this was used by Viking explorers and is sometimes referred to as the Viking’s Compass (read more here) or (here). 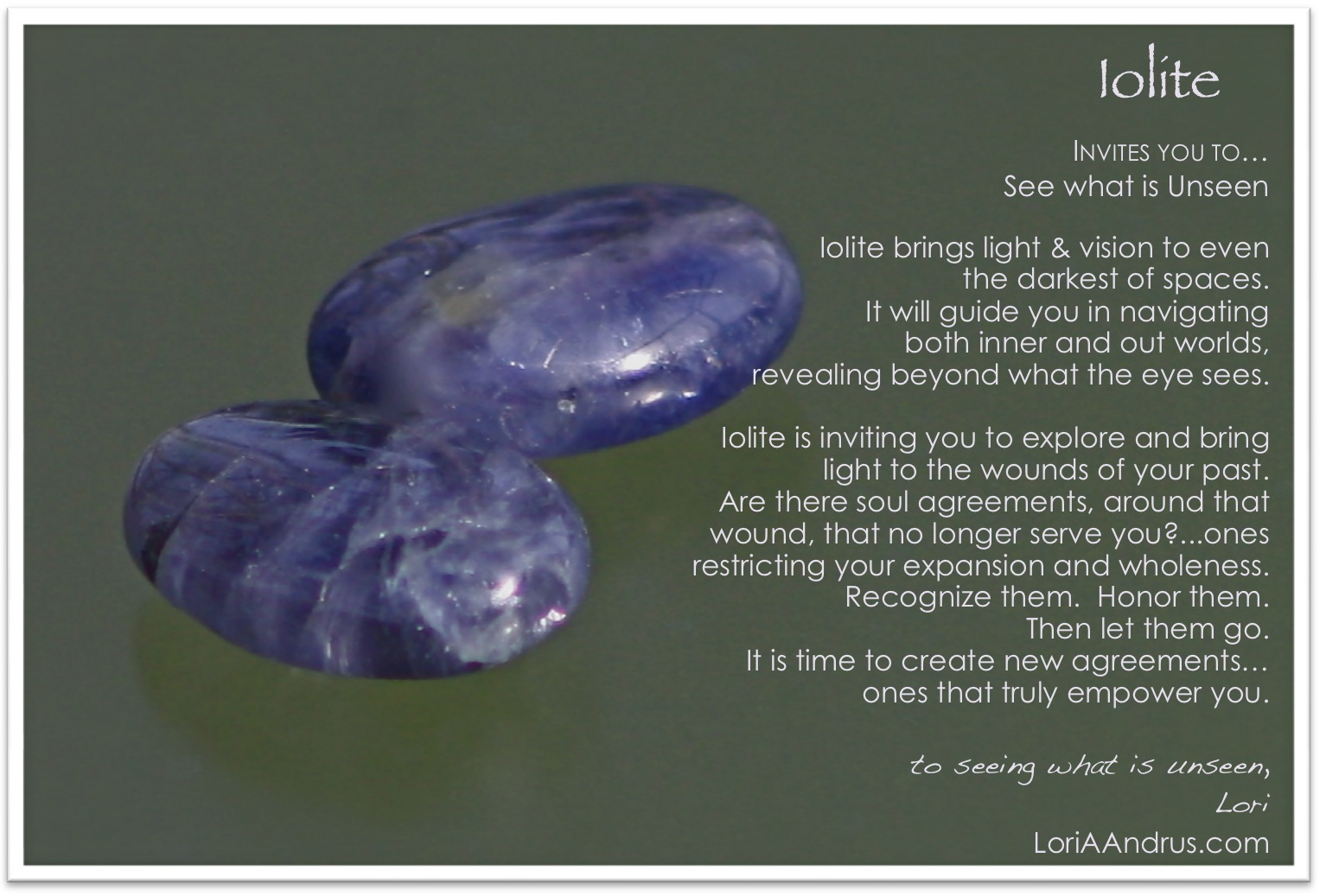 This little piece of info sparked ideas on how I was to work with this beautiful violet stone.  Over the years it’s shown me a lot and below is the message it has asked me to share.  Enjoy & Shine Brightly, Lori

This website uses cookies to improve your experience while you navigate through the website. Out of these, the cookies that are categorized as necessary are stored on your browser as they are essential for the working of basic functionalities of the website. We also use third-party cookies that help us analyze and understand how you use this website. These cookies will be stored in your browser only with your consent. You also have the option to opt-out of these cookies. But opting out of some of these cookies may affect your browsing experience.
Necessary Always Enabled
Necessary cookies are absolutely essential for the website to function properly. This category only includes cookies that ensures basic functionalities and security features of the website. These cookies do not store any personal information.
Non-necessary
Any cookies that may not be particularly necessary for the website to function and is used specifically to collect user personal data via analytics, ads, other embedded contents are termed as non-necessary cookies. It is mandatory to procure user consent prior to running these cookies on your website.
SAVE & ACCEPT